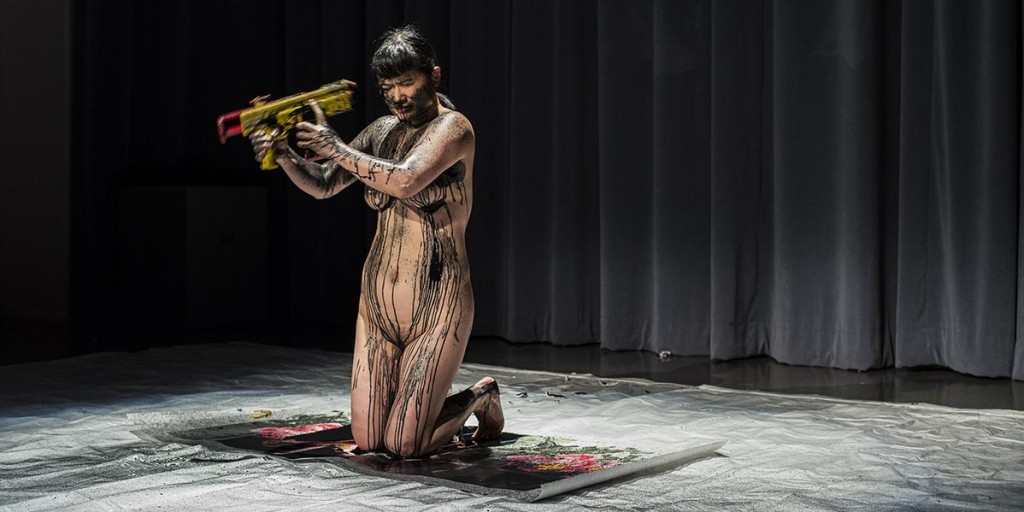 The Lost Twelve Years by Chun Hua Catherine Dong examines the relationships between where she lives, what she has lost, and what she has gained as a racial minority. The piece is a ritual meditation, as the ink traditionally used as an artistic tool is used as a by Dong as a weapon upon herself. The gestures she performs are political gestures, an apology for her twelve-year absence and shows a desire for her to renew her lost tradition and culture. Through the piece, she attempts to preserve her identity from self-transformation and self-assimilation.