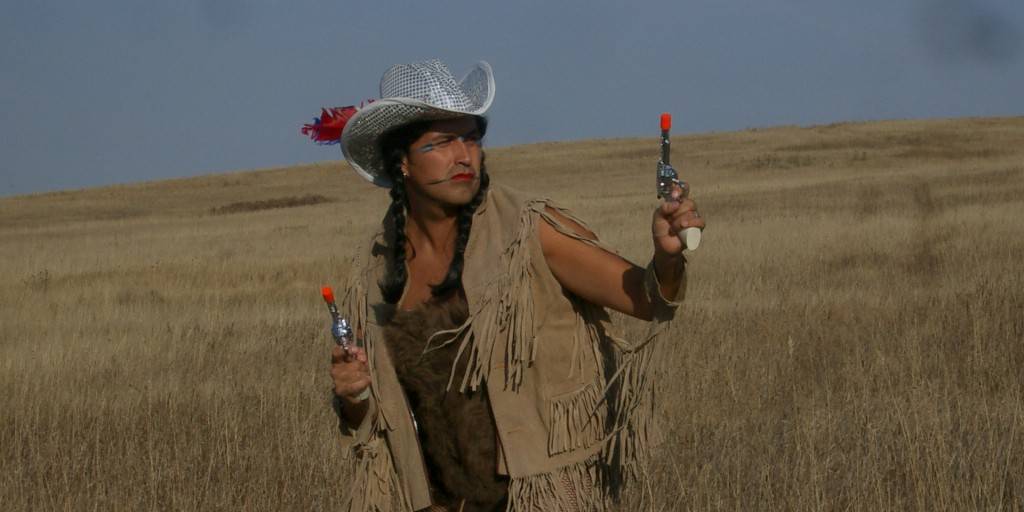 Wanted Dead or Alive: Performance Art master class is an opportunity for performance artists to discuss their practice, their challenges and opportunities. To take a look at the past and present and imagine the future. This class will be a daylong event filled with theory, discussion and action. It is an opportunity to reflect on your practice, what’s happening today and create space for impromptu actions. As preparation, participants will be provided with a reading list prior to the class, as well participants are encouraged bring forward their own research/readings and will be asked to give a short presentation on their performance work, a lecture and discussion will be lead by Adrian Stimson, focusing on indigenous and non-indigenous practice, there will be exercises and each participant will be asked to create an impromptu performance action (individual or collaborative) at the end of the session. The intent is to create a day where performance artists can connect, challenge, share, analyze and play in a fun and respectful way.

Part of Programming for M:ST 6.5

Adrian Stimson is a member of the Siksika (Blackfoot) Nation. He has a BFA with distinction from the Alberta College of Art and Design and MFA from the University of Saskatchewan. He considers himself as an interdisciplinary artist; he exhibits nationally and internationally.

His paintings are primarily monochromatic, they primarily depict bison in imagined landscapes, they are melancholic, memorializing, and sometimes whimsical, they evoke ideas cultural fragility, resilience and nostalgia. The British Museum recently acquired two paintings for their North American Indigenous collection.

His performance art looks at identity construction, specifically the hybridization of the Indian, the cowboy, the shaman and Two Spirit being. Buffalo Boy, The Shaman Exterminator are two reoccurring personas. He is also known for putting his body under stress, in White Shame Re-worked, he pierced his chest 7 times, recreating a performance originally done by Ahasiw-Muskegon Iskew, crawled across the desert in 110 degree heat for What about the Red Man? For Burning Man’s The Green Man and recently dug a TRENCH in a five-day durational performance sunrise to sunset.

His installation work primarily examines the residential school experience; he attended three residential schools in his life. He has used the material culture from Old Sun Residential School on his Nation to create works that speak to genocide, loss and resilience.

His sculpture work has been primarily collaborative; he has worked with relatives of Murdered and Missing Women to create Bison Sentinels and with the Whitecap Dakota Nation in creating Sprit of Alliance a monument to the War of 1812.

He was a participant in the Canadian Forces Artist Program, which sent him to Afghanistan.

He was awarded the Blackfoot Visual Arts Award in 2009, the Queen Elizabeth II Golden Jubilee Medal in 2003, the Alberta Centennial Medal in 2005 and the REVEAL Indigenous Arts Award –Hnatyshyn Foundation