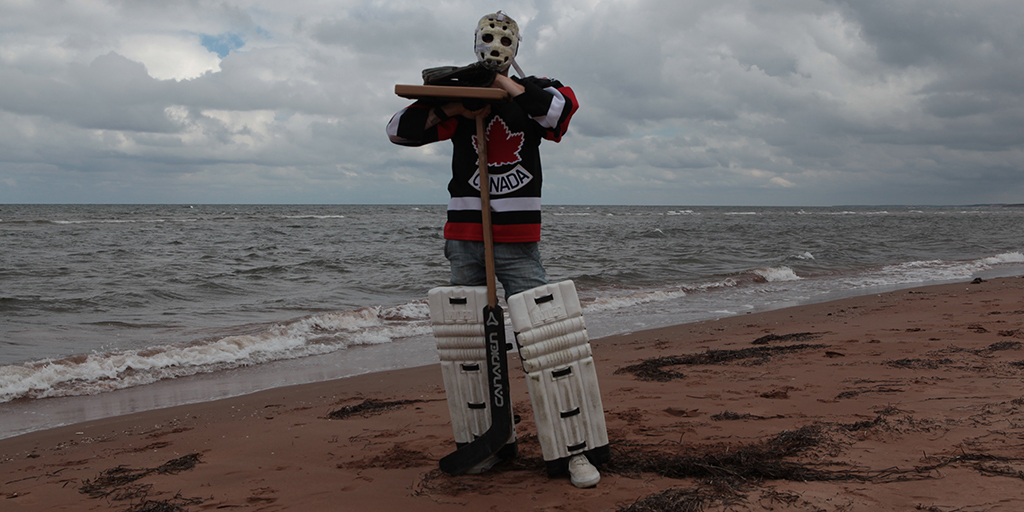 Chris Lloyd graduated from NSCAD in 1999. Since 2001 he has been writing daily email to the Prime Minister of Canada while trying to become the official PM portrait painter. Performances of The Everyday Goalie began in 2012 with an objective of three documented performances in each Canadian province and territory. Since 2012 he has held the presidency to the Conservative Party Electoral Riding Association in Papineau and he plans to face off against Justin Trudeau in the 2015 federal election. He still emails the Prime Minister, but now also sends Tweets, most often from the nearest Tim Hortons.