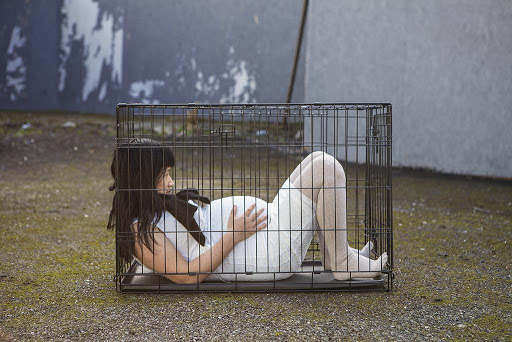 I am going to collect used stuffed animals in Montreal. After reached my goal, I will use a butcher knife to cut each animal’s mouth one by one (this process will be documented by video), and then I will take a portrait of each animal that doesn’t have a mouth (upper body only). Later, I pile all the animals on the floor, sewing mouths back to them by hand, but this time, animals’ bodies and their mouths will be mixed randomly. For example, a teddy bear might have a monkey’s mouth, and a monkey might have a duck’s lips. After finishing sewing, I will take a portrait for each animal again. the portraits of the animals (both without mouths and with mended mouths) will be available for bids.