Trilobites Transformed to Wood Lice (Inside Equals Outside) 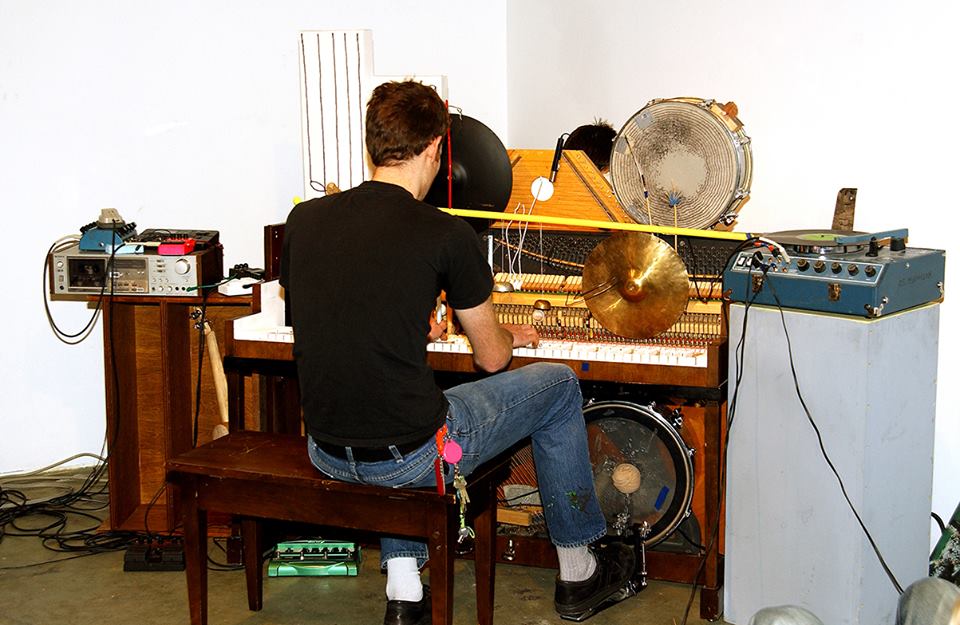 Since its invention some three hundred years ago, the piano has acquired a thick, layered coat of dusty, crusty social meanings. For many, a piano is an intimidating authority figure, a heavy rulebook, a long list of rights and wrongs covering theory, practice, and posture. Chad Van Gaalen hopes to imbue the piano with vitality and freshness by presenting a modern upright he has gutted and reconstructed according to his own idiosyncratic vision and whims. He believes that the piano’s most compelling feature is its responsiveness to the player’s touch, and has chosen to heighten viewers’ awareness of this observation by linking the keys to a cacophony of unexpected sounds. The removal of the piano’s exoskeleton, revealing its modified and decorated mechanisms will also provide a visual collateral to its acoustic effect. In addition to making his piano available for public interaction for the duration of the festival, Van Gaalen will demonstrate his own approach to the instrument in an MST opening night performance.

Chad Van Gaalen is a soft-bodied animal with a columnar gastrovascular cavity partially split inside and outside usually by six tissue septa. Chads gastrovascular cavity communicates with the outside world by means of a central gullet opening located below his chin-ee chin chin. There are 2003 fleshy tentacles around his mouth. Everyone in Chads family has this same basic body plan, despite their different modes of life.

Trilobites Transformed to Wood Lice (Inside Equals Outside)