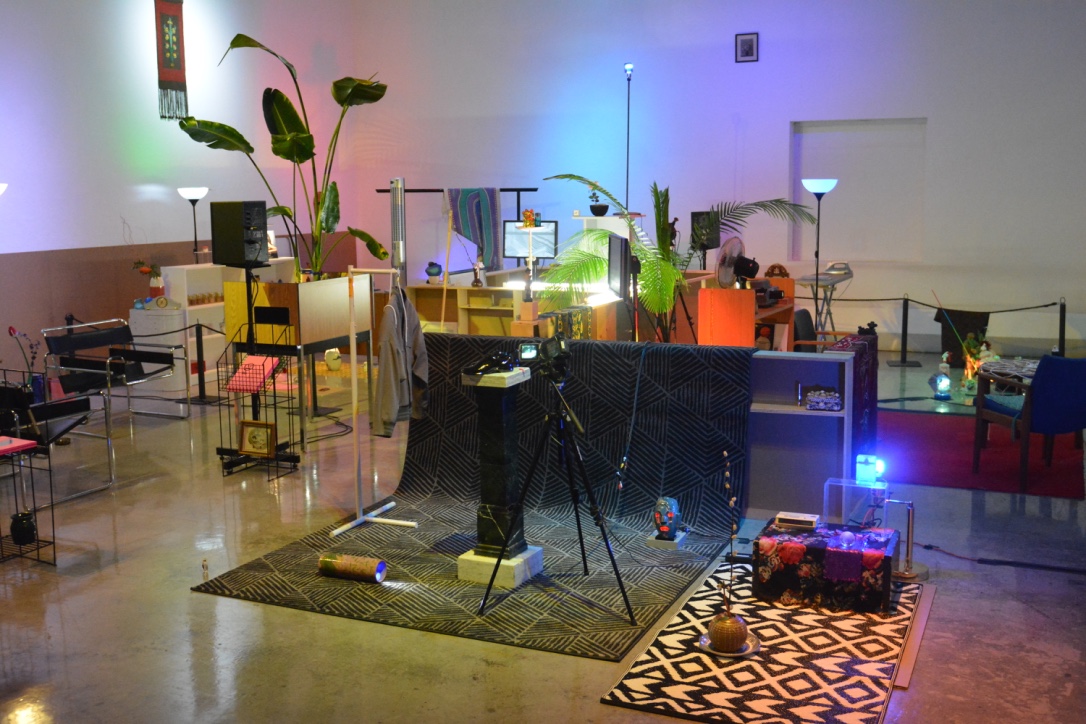 The new, with its power of beginning and beginning again, remains forever new, just as the established was always established from the outset, even if a certain amount of empirical time was necessary for this to be recognized. What becomes established with the new is precisely not the new. For the new in other words, difference - calls forth forces in thought which are not the forces of recognition, today or tomorrow, but the powers of a completely other model, from an unrecognized and unrecognizable terra incognita. What forces does this new bring to bear upon thought, from what central bad nature and ill will does it spring, from what central ungrounding which strips thought of its 'innateness', and treats it every time as something which has not always existed, but begins, forced and under constraint? (Deleuze, 1994: 136*)

Unfolding durationally and spatially, as a socially activated thought-space, The Blue Light (BL) begins to circulate like a provisional interface in the staging of imaginary situations through a passing montage of images that continues to change forms, like a nomadic assembly of surfaces, textures and spaces, that sticks to unexpected quotidian events — as it drifts into/ with traces of local queer histories and their still-alive ghosts. Attempting to delay the sponsorship that semio-stimulation has on meaning, at a time when, according to Franco “Bifo” Berardi (The Uprising: on poetry and finance, 2012 and Heroes: Mass Murder and Suicide, 2015) — the transformative conditions of cognitive capitalism have themselves been cast as the main protagonists in the psychic dramatization of meaning, this wandering stage-for-thoughts begins to migrate towards the virtuality of an always-receding background, like an unwritten scenography that solicits the events of it’s own sayability, but without a subsequent arrival in language. Here, somewhere in between the making and the un-making of architecture as a thing that spatializes thoughts as relations into language, this hallucinatory action of seeking direction through the non-directional disassembly of direction itself, becomes a methodology for illuminating the placelessness of being inside of a non-being-with a state-of-refusal; the refusal of the here and the now, the refusal of tomorrow and of the what once was (or the “what” that may have been) — the refusal of being without refusing life. The pressing question that surfaces through the ongoingness of this search for how to become disappeared* — is around the act of imagination itself, and how it’s event(ing) might be practiced as a form of making that finds presence in the non-presence of being. Imagination as a form of being besides language, in order to enter it from the outside, as if going into language can be an entering into a place - a shelter that can only be built underneath all structures of meaning. **

Backgrounded by the psychic projection of these never-ending and circuitous mental re-dramatizations of some mundane, everyday situations — this temporary social montage unfolds across several platforms, both physical and virtual, and begins by reactivating the secret backroom meeting place from a lesbian bookstore that operated in Calgary, in the early 1980’s — inside of an equally secretive backroom at CommuntiyWise Resource Centre, which served as the original location for Calgary’s mobile Kaffeeklatsch Café, a local coffee-company that drifts through pop-up locations in various sites and curated events from across the city and which was started by Jessica Mccarrel after her directorial tenure with The New Gallery, one of Calgary’s oldest artist-run centres. Inside this hidden backroom, which at times has served as an improvised and out-of-the-frame closet-space for the various non-profit grassroots organizations that have operated at CommunityWise since 1982, there is now a secret micro living environment that during the day doubles as a public reading room and overnight, as a clandestine sleeping shelter for unknown strangers. Taking turns, Jeremy Pavka and Anna Semenoff have outfitted this space with new carpeting, added a second floor and designed reconfigurable and site-specific furniture and display props that integrate with the often-unplanned daily functions of this space. Placed inside this newly crafted micro living environment, there is a sleep-inducing drink which was formulated through a collaboration between Jessica Mccarrel and Latifa Pelletier-Ahmed, and which features a selection of local, invasive plant-species that now populate the wild ecologies of gay cruising trails from Calgary. Once ingested, this drink will invoke uncontrollable hallucinations, and on occasion, there have been reports of contact being made with ghosts and other unknown entities from local histories. Drifting through time and space, Shyra deSouza, a once Calgary based artist — who is now based in Berlin, Germany — has used this secret micro living environment as a conceptual home-base from where she began to retrace a walking-trail from Berlin, as a way to make an imaginary, intercontinental portal for the virtual teleportation of various physical and mental objects. Continuing with her actions from Calgary, this spring, deSouza in collaboration with Jessica Mccarrel will be re-staging Kaffeeklatsch Café (while serving Latifa Pelletier-Ahmed’s sleep-inducing drinks) in various queer backroom locations throughout Berlin, Germany. Audio and video recordings of deSouza’s ongoing actions will surface unannounced through a reconfigurable choreography of online pop-up windows and textual messages on the M:ST website.

In Calgary, The Blue Light backroom micro-living space at CommunityWise Resource Centre is available for viewing and short stays this April by making an appointment with Bogdan Cheta at bogdan12@hotmail.com / or txt: 1. 403 922-7785

** John Paul Ricco in The Logic of the Lure (2002, p.30-9) describes the untimely time of queer time and how the non-relationality of queer time is entangled with a simultaneous withdrawal from language and its becoming as a thinkable object that structures both the quantification of time and an ontological becoming of thoughts.

Canada Council for the Arts

Latifa Pelletier-Ahmed is a herbalist, botanist, wild forager and educator. She is a former faculty member at Pacific Rim College in Victoria, BC and is qualified with an MSc in Herbal Medicine from London (UK), and a BSc in Botany from the University of Calgary. She is the founder of Latifa's Herbs which offers sliding-scale herbal medicine services, as well as workshops, presentations, and consulting regarding the use of edible and medicinal wild plant species. She is also co-owner of ALCLA Native Plants in Calgary, Alberta.

Jeremy Pavka (b. 1987, Lethbridge Alberta) is an interdisciplinary artist based in Calgary, Alberta and holds a Bachelor of Fine Arts, Media Arts + Digital Technologies from the Alberta College of Art + Design (2011). Pavka’s practice uses analogue and digital technologies combined with comedic tropes to create laborious renditions of the everyday.

Pavka would like to thank the Canada Council for the Arts, Alberta Foundation for the Arts, Calgary Arts Development, and the Banff Centre for Arts and Creativity for their generous support.

Shyra DeSouza is an interdisciplinary artist originally from Calgary, currently based in Berlin. She attended the Sculpture department at the Alberta College of Art & Design in Calgary, Canada, where she earned her Bachelor’s Degree in Fine Arts with distinction in 2006.  Her primary artistic interests lie in unravelling and reorganising the perceptions that characterise contemporary lived experience, utilising strategies and concepts such as: mimetic exacerbation, memento mori, pareidolia, ennui, and implication of the viewer to drive the development of her work. DeSouza’s practice encompasses a broad set of skills and materials, typically resulting in various forms of film, installation, and sculpture. Currently DeSouza is collaborating on a short film project in Slovakia, applying narratives derived from a controversial historical subject, and using the medium of film to elicit similar inner conflicts in viewers, with the intention of projecting the complexity of experience, and disrupting binary thought processes.  She has screened/exhibited her work across Canada, in the United States, and in Europe.  As well as maintaining an artistic studio practice, she has undertaken several volunteer administration and board roles within the Calgary arts community, and has been awarded a number of grants and residencies.

Jessica McCarrel is a coffee lover, Canadian artist and cultural worker interested in the subtle tactics of resistance and privative practices that make living a subversive art. McCarrel obtained her BFA from the Alberta College of Art. Her artwork has been exhibited in Canada (Alberta) and in the United States (New York, Los Angeles). She runs Kaffeeklatsch, a coffee company that serves notable coffee in unique and unexpected places to facilitate social connections.

Alexander Steinitz is a Calgary based visual artist working with sound, either through music informing his printmaking work, or using drawing as a tool for making sound compositions. His current output is based around techno and house music while investigating ideas around mankind in nature and solitude. Currently he is working on an experimental video piece for musical compositions and a print based video-montage that is informed by the histories and practices of Surrealism. 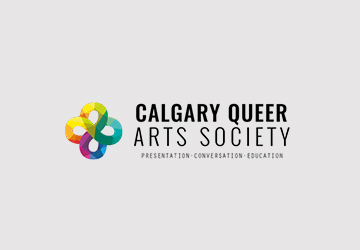 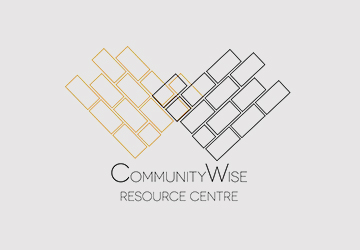