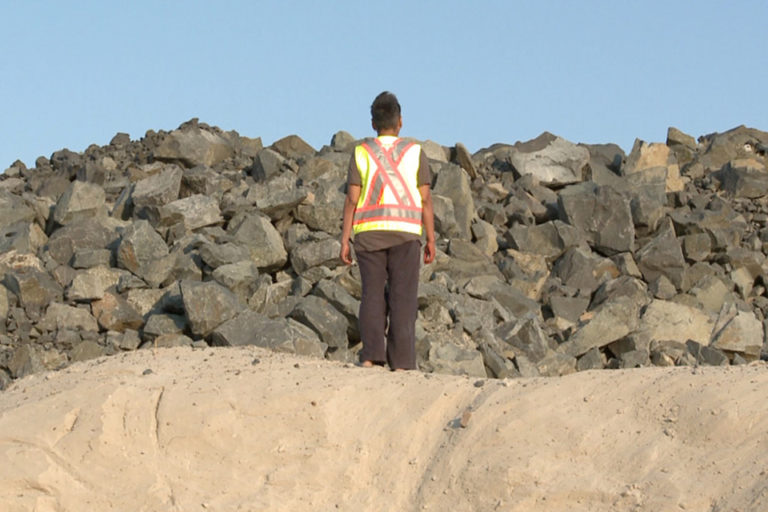 The fourth iteration of the Screening of Performance Art in the Natural Environment (SPANE) features a diverse mix of performance-based videos. This screening references Arendt’s notion of the “overwhelming elementary force” of nature and the desire/need of human to estrange themselves from such a power. We wish to further question such issues as Arendt identifies, considered in relation to performative acts that push and destabilize the borders of this estrangement.

Please Feed the Animals, 2012 Stefan St. Laurent 8:26
For this project, filmed in the Hindu island of Bali, Indonesia, I covered my body in different foods for wild animals to eat, as if I myself were a religious offering. Is it possible to intervene in the animal kingdom in a way that is ethically correct, to give something to animals without taking anything from them in return?

Float, 2013 Jake Klein-Waller 3:34
Inspired by ideas of western archetypes, the Canadian landscape, and mystery, I attempt to perform stillness. I want to be a bystander while I orchestrate the river to perform with me.

Private Perimeter, 2013 Rebecca Belmore 22:50
Somewhere between a town, a mine, and a reserve is a line.

Gravitational Pull of My Head, 2011 Didier Morelli 7:03
Initially intrigued by an incident whereby a stone he had thrown up in the air fell from the sky hitting him directly in the face, Morelli decided to understand this natural phenomenon.

Tuck, 2012 D’arcy Wilson (Halifax) 14:29
Tuck occurs at the Banff Park Museum, beginning as the artist composed lullabies for the museum’s collection of century old taxidermy. Visiting the site at dusk, she attempted to sing the animals to sleep