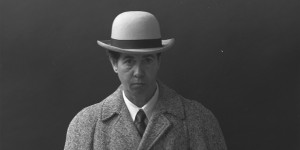 This panel is dedicated to the memory of Jasmine Valentina.

Karilynn Ming Ho (Canada) is a visual and performance artist based in Vancouver, British Columbia. Her practice involves research and exploration of various formal and conceptual notions of performativity and takes shape as live actions, video, installation, and photography. Her work has been exhibited extensively throughout Canada.

Kay Burns (Canada) is a multidisciplinary artist based in Newfoundland. She is involved in the creation of performance art, photography, locative media, audio, video, and installation. Her artwork has been presented at venues internationally including New York, Reykjavik, Amsterdam, Belfast and Los Angeles; as well as at numerous galleries and festivals across Canada from Dawson City, Yukon to St. John’s, Newfoundland. She was a curator for five years at the Muttart Public Art Gallery in Calgary, and she taught for 10 years through the University of Calgary Art Department and the Alberta College of Art + Design Media Arts Department prior to her move to Newfoundland.

Pauline Cummins (Ireland) is an artist whose work explores the human condition from a feminist perspective. Her interest lies in performance and video work where she examines identity, gender and socio-cultural relations connected to different communities in the society. Her examination of locations questions how the self is constituted and how people act within a group either chosen or determined in social situations such as work, education, leisure time “social activities” or the basic structure of the family.

Pauline attended National College of Art, Dublin, during its turbulent years of Mao-influenced ‘continuous revolution’ and lockouts (1967–1970), which profoundly influenced her work strategies. She moved from painting to photography, performance, sound work and video installations, during the 80s. She was the founding chairperson of the Women Artists Action Group (WAAG), which from 1987–1991 organized exhibitions and conferences in Ireland, and promoted exchange and dialogue internationally.

Her work has been exhibited internationally and is in the permanent collection of the Museum of Modern Art Dublin. She has recently renewed a strong commitment to performance that is collaborative, improvised, durational and live, working with The Performance Collective based in Dublin since 2009. She presented her new video work and performance, Sound the Alarm 4, in Victoria, in September 2010. She took part in Right Here Right Now Irish Performance Art in Kilmainham Jail in 2011, and plans 14 days of live performance with The Collective at the Galway Arts Centre, during the Galway Arts Festival in 2012.

Wednesday Lupypciw (Canada) is from Calgary, Alberta, where she pursues a video and performance art practice. To make money she is a part-time maid. She also maintains a concurrent practice in textiles — weaving, machine knitting, embroidery and crochet — but this is done mostly while procrastinating on other, larger projects. The performance art collective LIDS, or the Ladies Invitational Deadbeat Society, a loosely knit group of purposefully lazy womenfolk, is one of those projects. She is a Fibre program graduate from the Alberta College of Art + Design, and has worked and exhibited in various artist-run spaces throughout Canada including the Textile Museum of Canada, The Art Gallery Of Alberta, The Banff Centre, The Klondike Institution for Arts and Culture, TRUCK and Stride galleries, Harbourfront and Nuit Blanche in Toronto, and EMMEDIA.