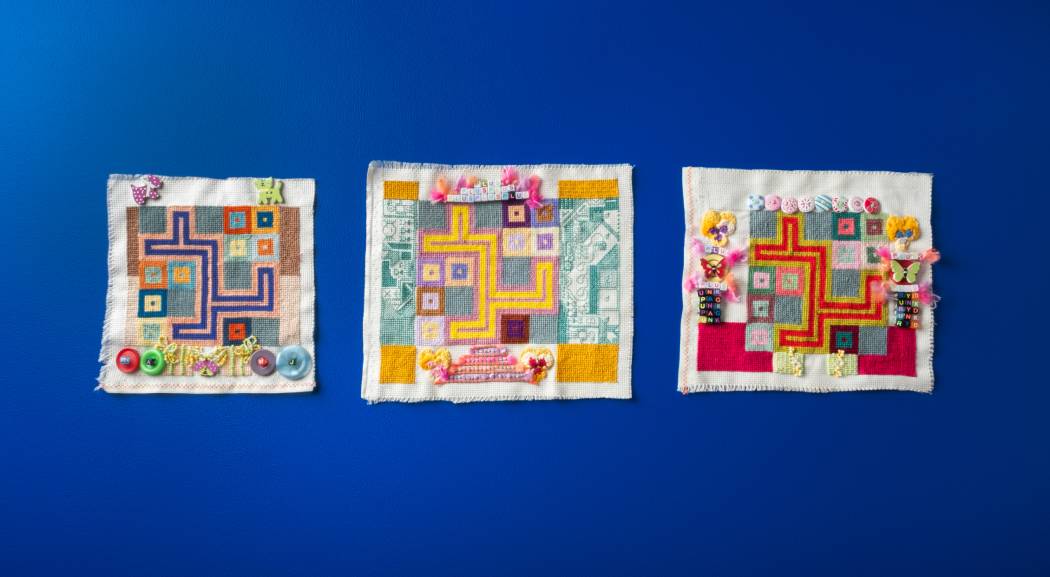 Assembled during the 2021 winter Covid-19 lockdowns, Richard Boulet’s contribution to The Blue Light is a work that began its process as a collaborative essay. Through ongoing conversations, and daily writing sessions, we examined what it might mean to construct an imaginary safe-space where untold stories from queer pasts can be safely exchanged, exteriorized and re-routed towards a productive form of agency that is not only recuperative, but also meaningful in its capacity for deferring any overarching signification. Queer memory is complicated: it hurts, it dwells on events that cannot be undone - and at times it can erect closets. Apart from having a physical, prop-like role in the expression of queer subjectivities, queer closets can also roam, objectless, like interior voices that multiply to give form to a psychic materiality of retreat — a materiality that in turn exteriorizes a way of looking that is positioned somewhere in-between reality and its continual re-surfacing into a never-ending field of potentiality. This [possibility of potentiality] is what transforms queer memory into an active site of re-generation from where the impossibility of the possible, as Giorgio Agamben would frame it, begins to choreograph habitable gestures that like the clandestine occupation(s) of the queer closet —are also spaced through their rooming of a groundless un-speakability.

In Richard’s practice, the cross-stitch emerges as a handcrafted gesture that spaces the psychical dimension of his daily writing practice through a process of metamorphosis that he describes as being “akin to a way in which a flower blossoms”. The cross-stitch, in this sense, becomes a haptic method of translation that transports Richard’s thoughts into textile assemblages which can later be touched and felt by other readers - as private, queer visions that are made tangible, but not graspable. The way in which the cross-stitch, while in Richard’s hands, becomes a slippery interface for mapping the “possible” through the impossibility of translation, opens up new methods for thinking about the act and space of reading — as a tactile, queer act of feeling.

Mid-career Canadian artist Richard Boulet maintains an active studio practice addressing issues of marginalization, specifically the topics of mental health and more recently, concerns relating to LGBTQ communities. He has exhibited widely, with a national touring that included the Textile Museum of Canada, a 2016 retrospective at the Art Gallery of Grande Prairie, plus multiple solo and group exhibitions. The content of his textiles and drawings convey searching for sensibilities of community engagement primarily through semi-autobiographical works rooted in his living with schizophrenia.

Richard has worked in a number of Canadian cities including Winnipeg, Montreal, Vancouver and currently Edmonton. He has also spent periods of time in Calgary and Regina during phases of marginal living. Jobs have included working in a gallery, set painting and mental health advocacy. At this time Richard is employed with the Edmonton office of the Canadian Mental Health Association, and his professional art practice is represented through dc3 art projects.

For formal education Richard has three degrees, most recently an MFA from the University of Alberta, in drawing and intermedia, where he refined his desire to work in fibre combining text and image. This culminated in a focus on quilting and cross-stitch, which is still evident in his current work, although as of late drawing and mixed media also feature prominently. His earlier degrees are both from the University of Manitoba, firstly in Environmental Studies (Architecture) and then a BFA in painting. 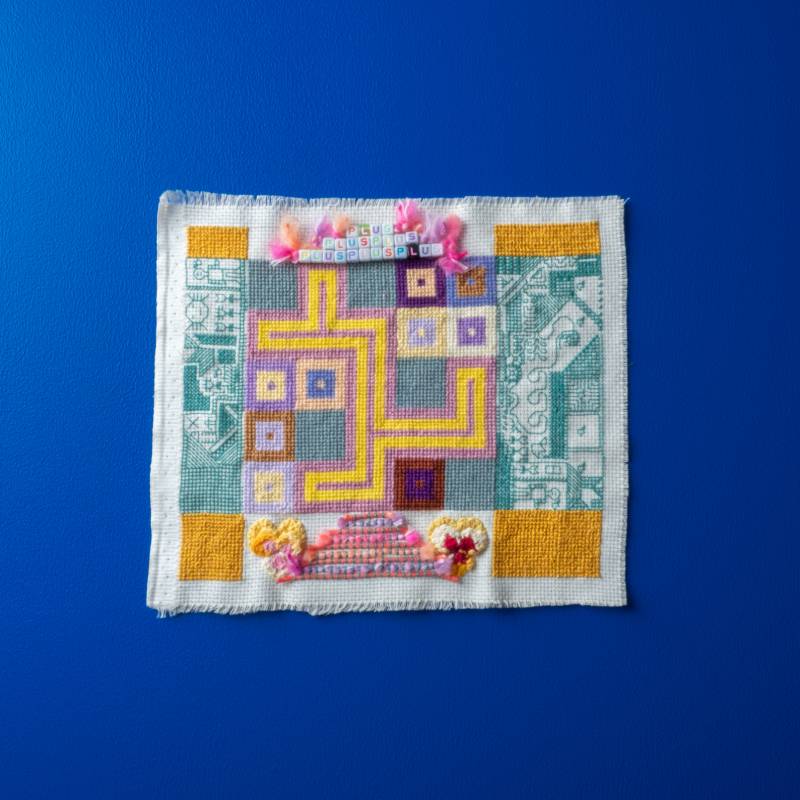 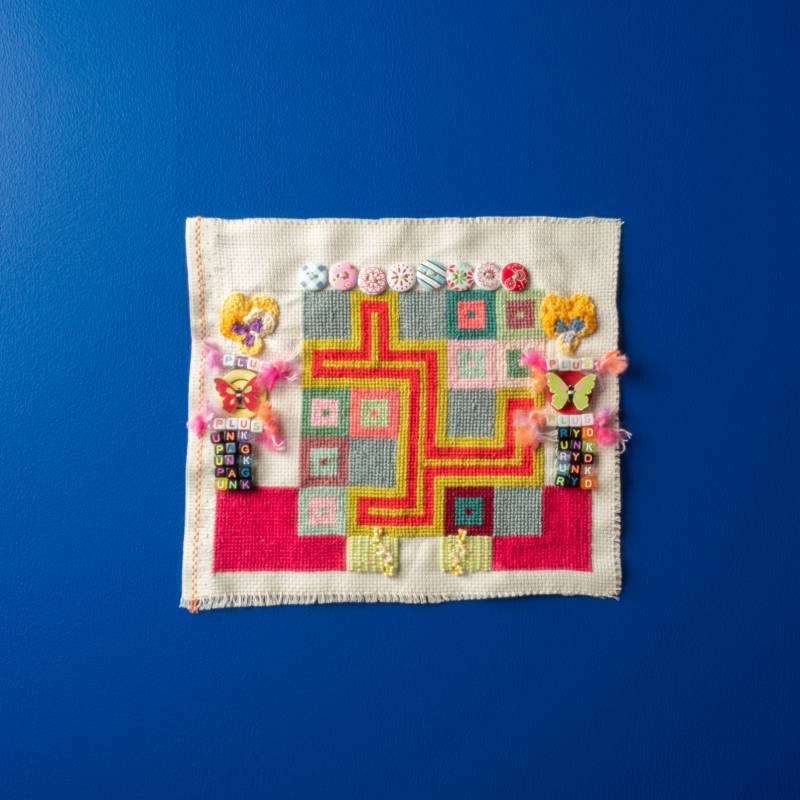 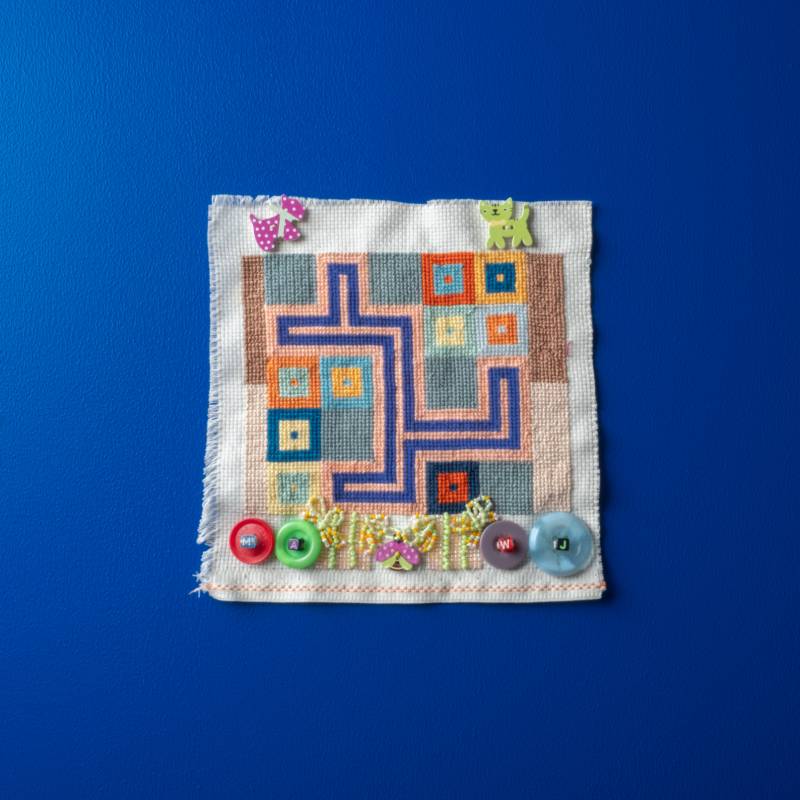