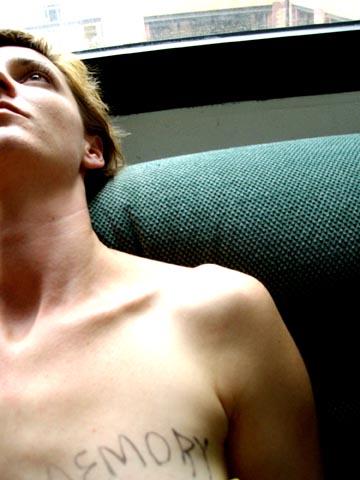 ECHO is a performance for one (and only one) person. The single participant will be guided in a real-time exploration of Echo Park in downtown Los Angeles, via a live cell phone call with the artist. The participant and artist will experience an intimate connection, in public and without seeing each other’s faces. In the privacy of her ear, the participant will encounter “echoes” of the complicated social histories of the historic Echo Park Lake and the surrounding neighbourhood, interwoven with poetry, music, and the artist’s own biographical narrative. The performance will conclude with a meal.

The performance will be scheduled at a time mutually convenient for the participant and the artist, between May 23-June 13. A copy of the performance script may be provided as documentation.

Los Angeles based interdisciplinary performance artist Allison Wyper activates the performance space as a site of critical action. Engaging subjects such as violence, torture, and moral accountability, she produces charged encounters between performer and viewer that prompt each to consider the possibility for intimate exchange and critical solidarity. She is an Artistic Associate of Guillermo Gómez-Peña’s international performance company La Pocha Nostra, and a collaborator with Hydra Poesis (Australia). Her work has been presented in theaters, festivals, galleries, universities, museums and on the streets of Los Angeles, the San Francisco Bay Area, Boston, Chicago, Berlin, Montreal, Calgary, Perth and Melbourne.