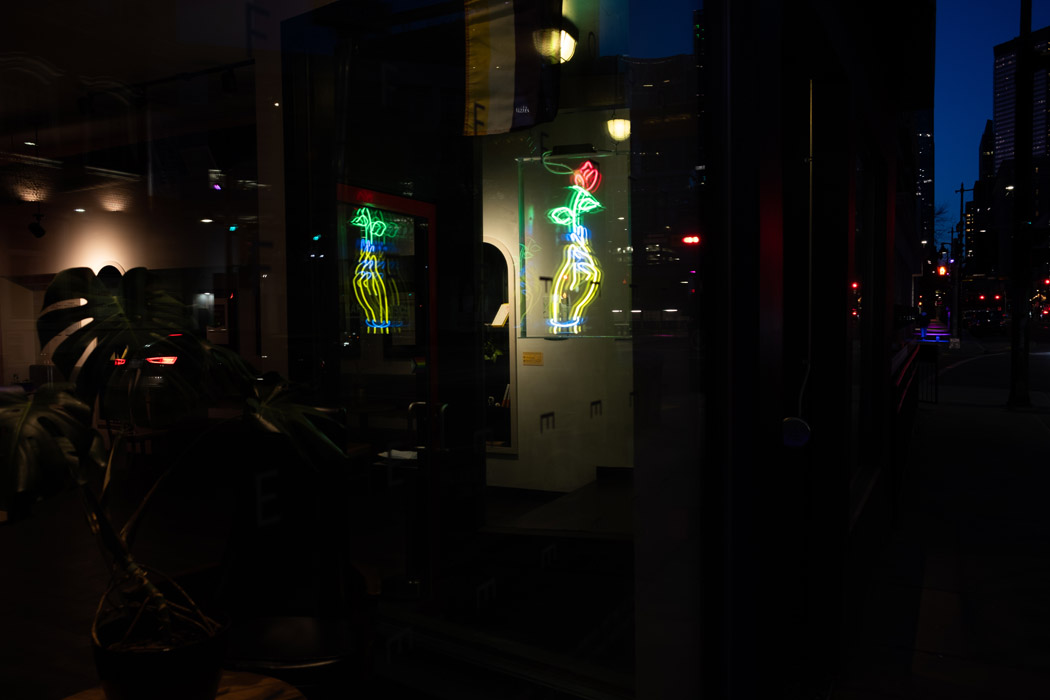 Movement, for its part, implies a plurality of centers, a superposition of perspectives, a tangle of points of view, a coextend of moments which essentially distort representation.
(Deleuze, 1994, p. 56)

Installed as a permanent window fixture at kaffeeklatsch (1st SW location in Calgary), a rose held gently in a manicured hand is a neon sign that signals a scene where an image that was previously laminated by its signification becomes unmoored, and through the indeterminacy of this slippage — lubricated by the potential for a return to a moment that precedes the determination of its own coding. Here - the illuminated image is not only relieved from its role to signify a message - it is also detoured, intertextually, towards an exposure that returns it back to the material intensities of its own light. This return of the image to the light that illuminates it is the gesture that transforms “a rose held gently in a manicured hand” from an inanimate object into a *sticky* thing that now reaches out, queerly, and without fear — into the world — like a hand that feels its way through the dark as it cruises for the company of unknown strangers.

Conceptually, this sign mirrors the functional utility of a second neon sign that operates remotely in an undisclosed satellite location — where it is used as a generic advertising prompt for a local nail salon. Through its simultaneous illumination in two separate physical locations, the vector through which this sign’s utility is coded also changes its direction to become re-signified by the daily events that animate these two different installation contexts. In its nail salon application - this sign’s utility is fixed to its communicative value for addressing a service — while at kaffeeklatsch, this neon signage loses its indexed signification by highlighting instead an interval of visual ambiguity which in turn becomes abducted by the locals as an untranslatable gesture that can be re-assigned towards a multiplicity of other unknown scripts. At night, and in both of these installations — a rose held gently in a manicured hand, simply becomes a light source - something that illuminates the street, a warm glow that warms up the darkness. 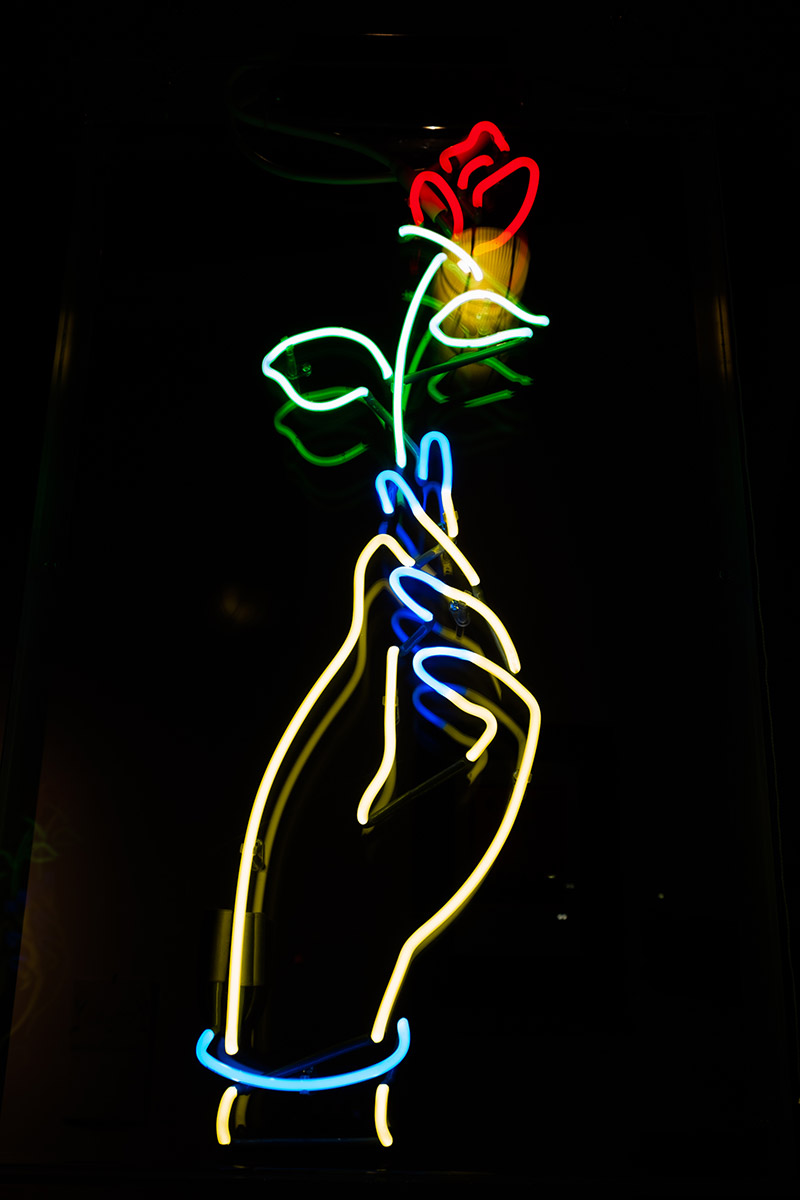 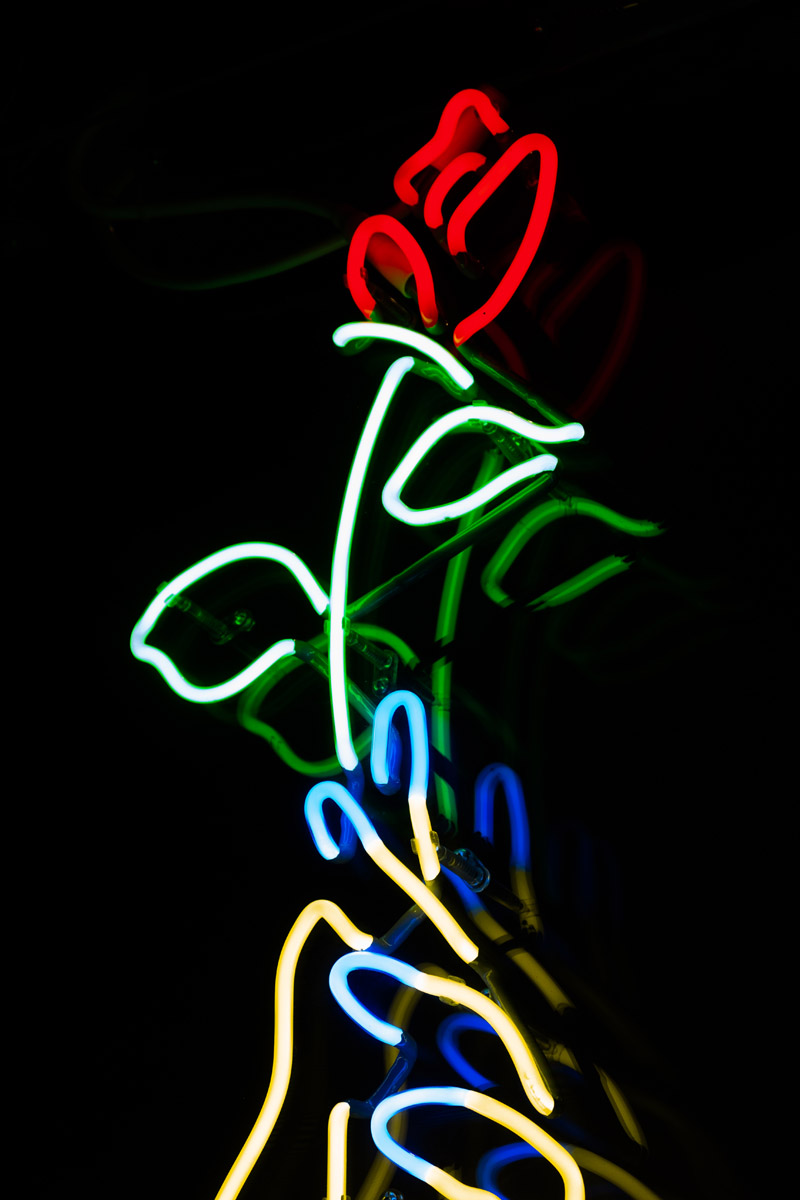 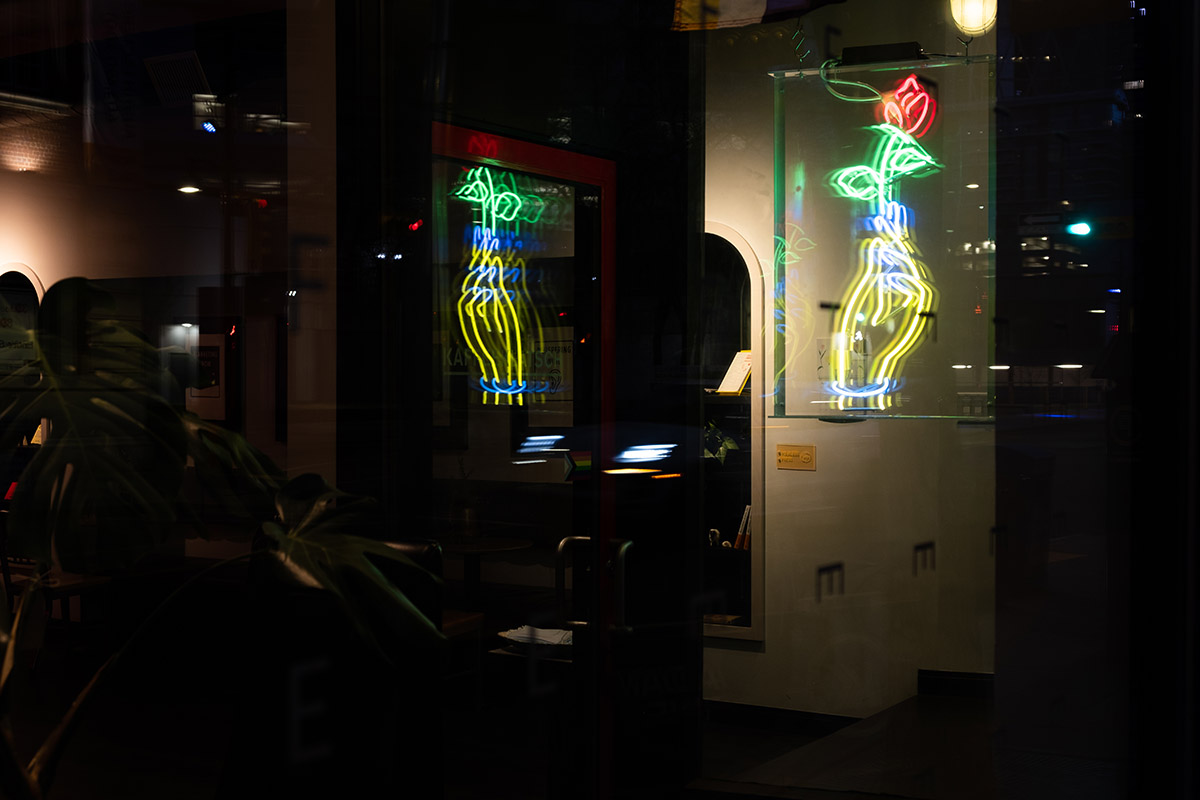