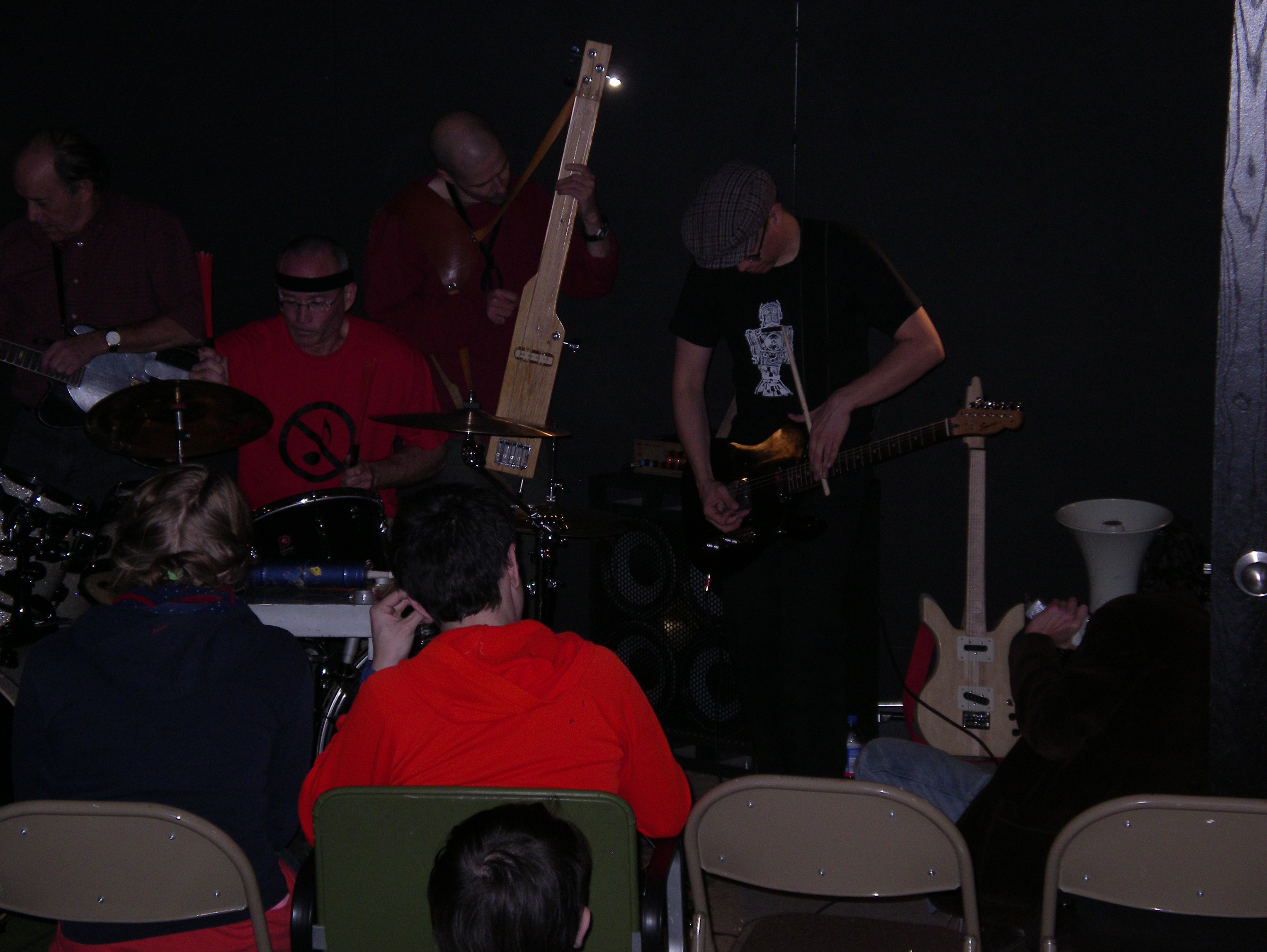 John B. Boyle currently lives in Peterborough and has been a full time professional artist since 1968. His painted works have been exhibited nationally and internationally. Boyle has performed extensively with leading international noise and electronic musicians. In the NSB he is an “Ayleresque virtuoso of the kazoo” with digital delay and ring modulator, and also plays thumb piano and percussion.

John Clement was born in Toronto and currently lives in London, Ontario, where he works as a family physician, and races motorcycles. In the NSB he plays percussion, and modified electric guitars of his own design.

William A. Exley is a London, Ontario, based orator, performer, and outspoken member of the Nihilist Party of Canada. In the NSB he is the vocalist, plays the Theremin and various found instruments including his wife Norma’s cooking pot with marbles, pop cans and tricycle parts.

Murray Favro lives in London, Ontario, where he works as one of Canada’s leading sculptors. Favro has designed and built many guitars that are prized as both art objects and outstanding musical instruments. In the NSB he concentrates on playing guitar with occasional forays into percussion.

Art Pratten resides in London, Ontario. In the NSB he originally played kazoos of his own design, but later invented a succession of exquisite violin-like instruments played with the bow under the name Pratt-a-various. Other instruments include the guitar, a “water pipe” electronic wind instrument, and a self designed dulcimer-like instrument.

Tim Glasgow was born in Southwestern Ontario. He is a former guitarist with various rock bands and is an accomplished and respected sound technician. He has played with the Nihilist Spasm Band frequently since 1998, including on tours to New York and venues in Ontario.
‍
Aya Ohnishi was born in Kyoto, Japan and formed the all women group “Sekiri,” in 1982. She has played and toured extensively with the NSB ever since and appeared in all of the No Music Festivals, playing kazoo as well as drums with the band.