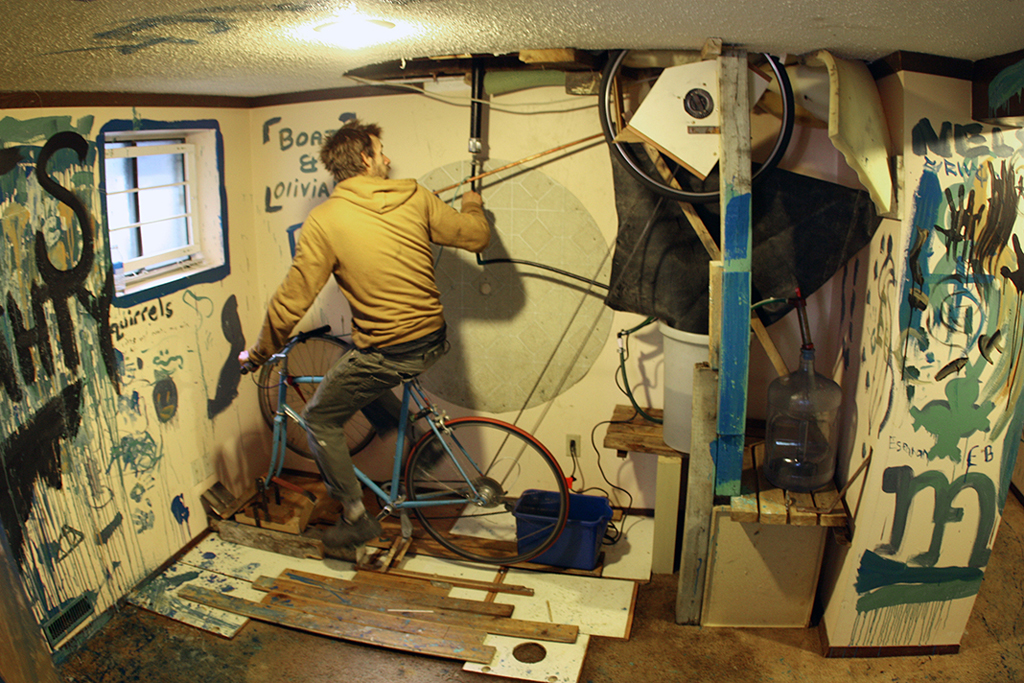 Lane Shordee has collaborated with many artists, including Caitlind Brown, on projects including The House Project (2011), WRECK CITY (2013), Water Spiral (2014), and In the Belly of a Bear (2016). With a background in carpentry, construction, and landscape design, his practice spans the disciplines of painting, drawing, mixed-media installation, and video. Shordee was awarded a Visual Arts Grant by the Alberta Foundation for the Arts in 2015 and received his BFA in drawing from the Alberta College of Art + Design in 2010. He recently completed a permanent public artwork with daniel j. kirk in Inglewood titled, Corridor.