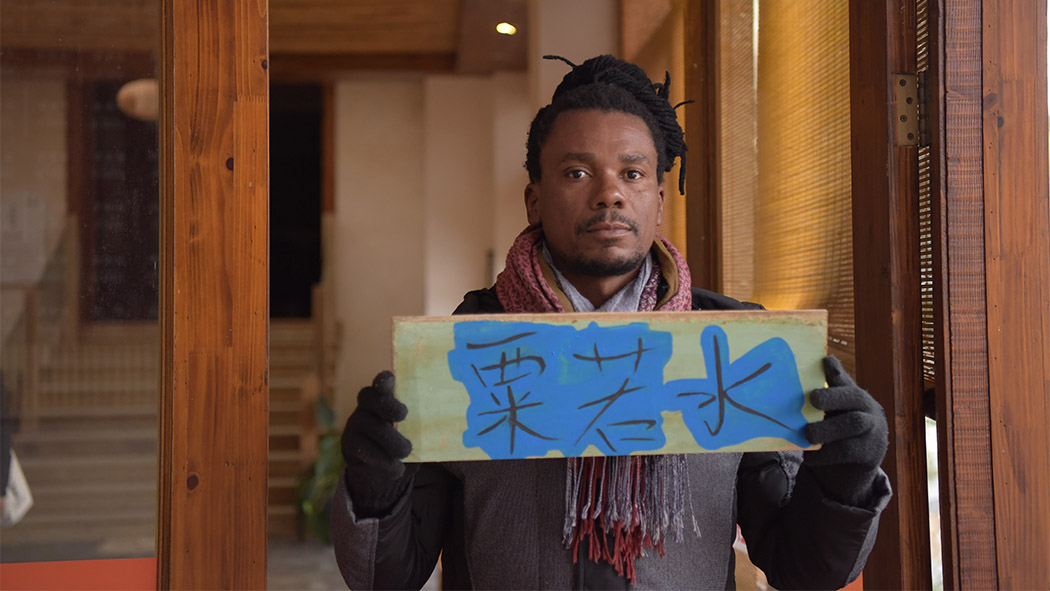 Landry Mbassi is a visual artist, curator, and art critic based in Yaoundé, Cameroun. As an artist, his practice focuses on photography, video, installation, and new media. Since 2008, he has been one of the curators of RAVY (Rencontres d’arts visuels de Yaoundé), Yaounde’s visual art biennial. He recently became Artistic Director, after inheriting the position from Olivier Fokoua, who now lives in Canada.

Landry initiated the YaPhoto project with Christine Eyene and is a founding member of Collectif Kamera, a collective of young Camerounian photographers that began in 2011 to promote photography as an art form in its own right. Through his first collective ATAC (Autres territoires de l’art contemporain), created in 2010, he developed an engaging vision towards space(s) of expression, creation, and dissemination of contemporary art in Yaounde. Mbassi has also organized several exhibitions by emerging visual artists at the French Institute (Institut Français du Cameroun – Yaoundé) including: Rostand Pokam: L’esthétique de la Couleur (2012); Yvon Ngassam: Le temps du voyage (2013); and Antanasius Vershiyi: Me(n)tal symphony (2014).

In May 2017, he curated the inaugural exhibition of the renovated Galerie d’Art Contemporain in Yaounde. In 2018, he curated the first edition of Douala art fair and later, was appointed artistic director of Ruinart Festiv’art, a new artistic event that aims bringing new audiences and gazes to Cameroon. He was recently invited to Brazzaville, Congo to curate the 8th edition of RIAC (Rencontre internationale de l’art contemporain). Landry MBASSI is one of the most engaged and demanded curator on the Camerounian art scene. He lives between Yaounde and Kribi (Cameroon).